We’ve all heard the saying “if looks could kill” referring to a person’s look directed to someone else in an angry or unpleasant way. You know the one – if it could kill, the object of the look would be struck dead where they stand. But there’s also another old saying that “beauty can be dangerous” and, in that context, certain ‘looks’ which women have coveted throughout history have had deadly consequences due to the products used to achieve those looks. Looks that could kill, indeed! 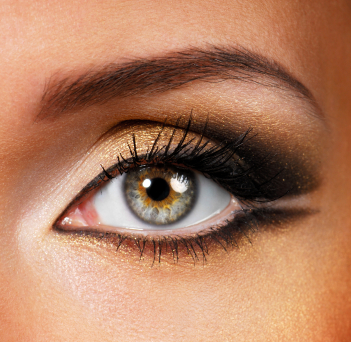 Throughout history, women have unknowingly used dangerous chemicals such as mercury, lead, arsenic and formaldehyde, as beauty products.

Cleopatra, recognised for her bold and striking makeup, applied malachite, lead sulphide, soot, antimony, manganese and copper to her eyes. No wonder the Egyptians had such wonderful imaginations with all those neurological damaging ingredients!

During the Renaissance many women, including Queen Elizabeth the First, used deadly white lead to whiten their faces. This is believed to have directly contributed to many deaths and disfigurements. It is said that Queen Elizabeth herself was so disfigured that she refused to look in the mirror and disguised her disfigurement . . . with more white lead! Renaissance women also wore scarlet lipstick made from cochineal. Cochineal (or carmine) is made from the dried and crushed bodies of scale insects native to South America & Mexico, normally found living as parasites on cactus plants. It is still used today as a colouring agent in both cosmetics and food and, whilst it’s not the worst ingredient around, it has been associated with severe allergic reactions. I think vegans and non-vegans alike would cringe at the thought of that one!

Women of the Victorian times had somewhat wised up to the use of dangerous leads in face powder, replacing them with zinc oxide. However their knowledge still wasn’t complete, as lead, antimony sulphide, belladonna and nightshade were used to highlight eyes and mercury and arsenic used in lipstick.

In more recent times, less than 90 years ago in 1933, Lash Lure mascara was introduced to the market place. Marketed as permanent mascara, it contained p-phenylenediamine - an untested chemical at the time - that caused blistering and ulceration of the eye, which often lead to blindness and in one case death. These days, P-phenylenediamine is widely used in hair dyes and has been associated with allergic reactions and organ system toxicity.

We may cringe or laugh at the lengths women went to in the name of beauty. But all of these substances were effective in achieving the superficial look that the women of the day sought. Lead did whiten their face. Mercury did colour their lips red. And nightshade did give them shimmering eyes.

Incredibly, mercury, lead, arsenic and formaldehyde may still be present in modern mainstream cosmetics though, fortunately, they are not as prevalent as they used to be. But the modern cosmetics industry still relies on a wide range of chemicals such as sodium lauryl sulphate, parabens, petrochemicals, artificial colours and preservatives, just to name a few.

These ingredients are very appealing to cosmetic manufacturers as they are cheap and effective at what they do. Some of these chemicals were developed for industrial use: propylene glycol adds body and a smooth texture to products such as shampoo, but began life as industrial anti-freeze; sodium lauryl sulphate is a foaming agent that started out (and is still used) as an engine degreaser.

But how dangerous are these chemicals and what is the threat when they are in cosmetics?

There has been research linking many of these chemicals to a host of disorders including organ toxicity, hormone disruption, cancer, skin aliments, allergies and more. Cosmetic and chemical companies have countered this research with their own research stating that the ingredients are safe. Personally, I’m more inclined to believe research carried out by independent health and environmental groups than research sponsored by the cosmetic companies themselves. After all, look at the tobacco industry. It took many decades of debate before it was finally acknowledged and accepted that smoking is harmful to our health. And what about asbestos? Similarly, it may be a while before governments and industry authorities finally admit that these more modern chemicals are damaging our health. The European Union is light-years ahead when it comes to banning dangerous chemicals. Sadly, Australia and even the US are lagging far behind. On the positive side, there has been some action in this area in the last couple of years and it appears that the US government at least is starting to take steps (even if they are baby steps) towards ensuring that we don’t have to sacrifice our health for the sake of our looks.

Your skin is your body’s largest organ. Cosmetics are applied directly onto your skin and remain in contact with it until you wash them off. This means they can be absorbed through the skin and get into your bloodstream, where they can be transported all around your body. Some cosmetic ingredients are not easily eliminated from your body and can build up to harmful levels. Long term exposure to chemicals may be one factor that contributes to things like multiple chemical sensitivity, cancer, dermatitis and allergies. So that foundation, eyeshadow or lipstick you put on and wash off every day (or eat in the case of lipstick), could be more permanent than you think.

Is there an alternative?

Fortunately there is a wide range of safe cosmetics that are natural, herbal and organic and offer a great alternative to suspect chemicals. Let’s face it, who wouldn’t want to use a product made with rosehip oil instead of an industrial degreaser, or organic lavender oil instead of the 26 cheaper chemicals it takes to reproduce lavender’s fragrance!

What can you do?

So, when someone says a certain ‘look’ is to die for, think about just what goes into making that look a reality. If it takes potentially harmful chemicals to achieve that must-have ‘look’, then ditch it and switch it for the following phrase instead: beauty without compromise. The natural cosmetics industry is all about achieving the looks you want without causing harm to yourself, animals or the environment. And here's one more quote for you: an ugly personality destroys a pretty face. In other words, true beauty comes from within!

Note: Naturally Safe Cosmetics and the author are not health professionals. Any information or advice in this article is of a general nature only and not intended to diagnose, treat, cure or prevent any disease. For medical advice regarding your own personal circumstances, we recommend you contact your GP or other healthcare professional.