Controversy surrounding the use of Titanium Dioxide as an ingredient in everyday products has been around for years and in recent months, this mineral has found itself back in the spotlight with new regulations coming into effect in the EU and France banning the ingredient from being used as a food additive.

So, what is Titanium Dioxide?

Titanium Dioxide (TiO 2) is an inorganic compound. It is a naturally occurring oxide of Titanium. Its appearance is that of a fine, white powder. It is used as a brightening and whitening agent in both industrial and consumer products. It can be found in everything from paints, plastics and adhesives to textiles, floor coverings and ceramics. It is also used as a whitening (and anti-caking) agent in many everyday foods. Many cosmetics also contain TiO 2, as do many sunscreens and other personal care items like toothpaste.

What purpose does Titanium Dioxide serve in cosmetics and sunscreens?

Titanium Dioxide provides protection from both UVA and UVB rays. That’s why it's a popular choice in sunscreen products and also many  mineral foundations, which are often labelled 'SPF15' or 'SPF20'. TiO2 can improve makeup's ability to provide good coverage and is also known to be gentle and non-irritating, making it a good option for sunscreen, especially as chemical UV absorbers, like Oxybenzone, are often irritating to people with sensitive skin and babies. 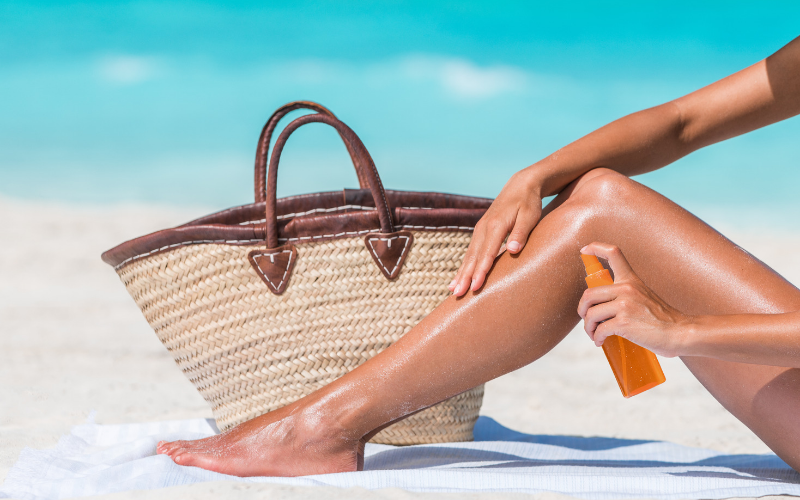 Opinion seems to be divided on whether TiO 2 is a safe ingredient for use in products used by humans. Some scientists claim it is safe, while others claim it is a carcinogen. Whilst some studies have shown that exposure to Titanium Dioxide dust by rats caused respiratory tract cancer in those rats, there does not appear to be any evidence or scientific data to support the claim that TiO 2 causes cancer in humans.

As with many things, it’s not a simple ‘black and white’ case. When considering the safety of TiO 2, one needs to consider its safety in terms of human consumption (i.e. actually putting it into your body through the consumption of foods containing it and brushing your teeth with toothpaste that includes it) versus using it on the outside of your body, as you would with cosmetics and sunscreen.

So, generally speaking, TiO 2 appears to be a low safety hazard, however, there are two things to take into consideration:

1.    How fine the powder particles are; and

Titanium Dioxide can come in two forms: nano (or nanoparticle) and non-nano. Nanoparticles measure between 1 and 100 nanometres in size. (By the way, 1 nanometre = one billionth of a metre!) The advantage of nanoparticles when it comes to TiO 2 is that they prevent white streaks or a white cast to the skin which can happen when products containing TiO 2, like sunscreen, are applied to the skin. This is why many sunscreens containing TiO 2 use nanoparticles. The same often applies to Zinc Oxide. Apparently looking a bit white when you apply sunscreen is not popular with consumers, so companies use nanoparticles to create sunscreens that go on clear.

Most  natural makeup brands use micronized TiO2. This means it is made into very fine particles but is not nano-sized. In addition to being micronized, the TiO 2 particles are also coated with substances like alumina, dimethicone, silica, and trimethoxycaprylsilane, which improves application, improves the cosmetic ‘elegance’ of products and provides better sun protection. It is believed that micronised Titanitum Dioxide doesn’t penetrate healthy, unbroken skin, so there is no risk of it entering the body via the skin. It is also thought that, even when nanoparticle TiO 2 is used, the molecular size of the substance used to coat it is large enough to also prevent the nanoparticles from penetrating beyond the uppermost layers of skin, as per the 2015 California court case. 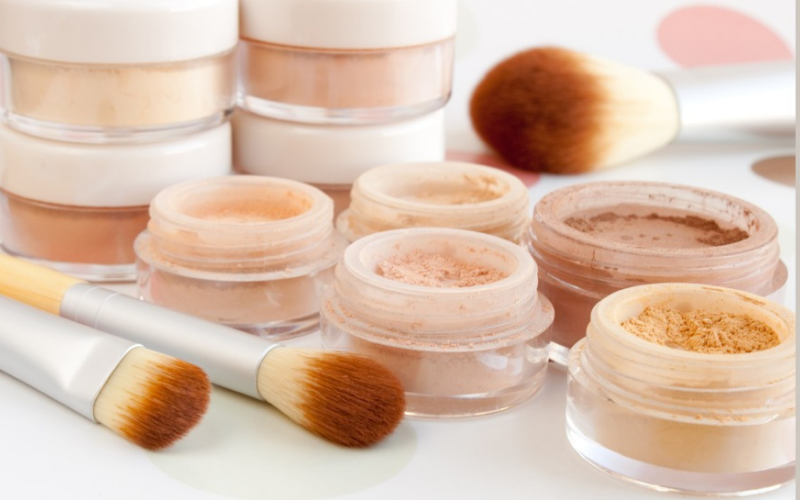 The main concern with TiO 2 appears to be inhalation of airborne particles. Inhalation concerns apply to products that may be aerosolized, like loose (and pressed) powder makeup products and spray-on sunscreens. The use of non-nano TiO 2 in rub-on sunscreens and in liquid or cream cosmetics, like foundations for example, does not appear to be of concern.

I am in no way an expert or authority on Titanium Dioxide, its safety or otherwise. This article is merely intended to offer a little insight into this topic, especially as it is currently in the media once again. The main points to take away are:

1.  There doesn't appear to be any conclusive evidence that Titanium Dioxide causes cancer in humans.

2.  The biggest concern appears to be inhalation.

4.  When it comes to oral care, bear in mind that  toothpaste (which may also be ingested) also often contains TiO 2.

5. For sunscreens, avoid spray-on or aerosolised sunscreens, regardless of whether or not they contain nanoparticles.

6.  For cosmetics, choose makeup brands that are  nanoparticle free and take care not to inhale the product when using powdered makeup (loose or pressed). This is just common sense anyway – you should never inhale any powdered product whether food, cosmetics or otherwise.

There’s a lot of information to be found online regarding Titanium Dioxide. If you are concerned about your exposure to this ingredient, whether through makeup or food, then I urge you to do your own research and make up your own mind

Most mineral makeup brands do include Titanium Dioxide in their products as it generally gives a superior level of coverage which many consumers demand in their makeup, e.g. foundation. Many women wear foundation, for example, because they want to cover blemishes, redness, uneven skin tone or pigmentation. In many cases, titanium free makeup gives a more translucent coverage which may not be enough for some people. Individuals need to try different options and see what works best for them. Naturally Safe Cosmetics chooses to stock natural makeup brands based on our own set of criteria, including ingredient safety and product performance, along with brand transparency, integrity and ethics. All of our brands are nanoparticle free.

If you are interested in a makeup brand that is totally Titanium Dioxide free, we recommend MG Naturals, a beautiful Australian brand created by an equally beautiful mum of three with a true passion for clean beauty products.

Note: The author and Naturally Safe Cosmetics are not health professionals. Any information or advice in this article is of a general nature only and may include the author's own personal opinion. Nothing in this article is intended to diagnose, treat, cure or prevent any disease. For medical advice regarding your own personal circumstances, we recommend you contact your GP or other healthcare professional.