Like it or not, preservatives are a necessary part of the cosmetics industry. And for manufacturers of natural and organic beauty products, preservatives can be a real headache! 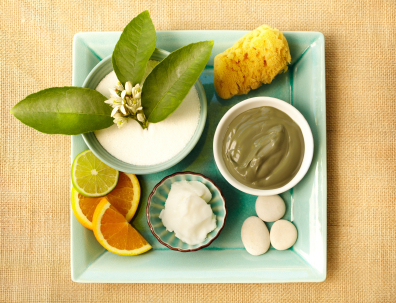 Preservatives in cosmetics may be natural or synthetic (or a combination of both) and there are various pros and cons for both the natural and the synthetic variety. In general, synthetic preservatives provide a broad spectrum of protection against bacteria, usually at lower concentrations and at a lower cost to the manufacturer. The downside is that they are often petroleum based and have been shown to cause health issues.

Widely used parabens (e.g. Methylparaben, Propylparaben, Ethylparaben, Butylparaben, Benzylparaben, etc.) fell out of favour a few years ago when studies showed strong evidence that they can mimic oestrogen and therefore potentially disrupt endocrine function. Some studies have even linked parabens with breast cancer. You may have noticed an increasing number of products being touted as being ‘paraben free’ in recent years.

As parabens began to fall out of favour, phenoxyethanol emerged as a popular replacement. Generally considered a better option than parabens, phenoxyethanol is has been classed as an irritant and there is limited evidence of skin and immune system toxicity or allergies (particularly for products used around the mouth or on lips). It has a moderate hazard rating on the EWG's Cosmetics Database and has been classified as a low human health priority. So it's probably not the worst preservative around but you won't find it, for example, in products certified organic by EcoCert.

Another commonly used preservative is methylchloroisothiazolinone (MCI/MI). A European study of this preservative showed a 1 in 10 incidence of contact dermatitis amongst participants. By anyone’s standards, 10% is rather high! Following an explosion in cases of allergic reactions and eczema a few years ago, the European Union (EU) reduced the allowed maximum concentration of this ingredient in rinse-off cosmetics (e.g. hand wash, shampoos, etc.). More recently, the EU agreed to ban the use of MI in leave-on cosmetics from January 1, 2017. In Australia, MI can be found in many supermarket brand products, including products designed for babies & children, and even products promoted as being more "natural".

As consumer awareness of the effects of certain chemical preservatives increases, more people are searching for products formulated with more natural forms of preservatives. So, what are the options? In general, there are two types of preservatives required in cosmetics:

The topic of preservatives in cosmetics is a complicated one and there’s lots of information available online if you would like to do a little research for yourself.

When it comes to the products you use on your body, be aware that manufacturers of cosmetics are not required to include expiry dates on their products - except in the case of sunscreen - although some do. Even products with more naturally derived preservatives can have an unopened shelf life of up to 2 years. Generally speaking, once opened, products should be consumed within 6 months (3 months for mascara).