(Warning: this article contains the “B” word, or possible multiple “B” words – you have been warned!)

What is freedom? Generally speaking, freedom is having the power to think, speak and act as you please. Of course, freedom can mean different things to different people at different times of their lives.

But for me, right now, freedom means going wireless. No, I’m not talking about receiving electronic signals to my computer or mobile phone without wires. I’m talking about the other kind of wireless: the wire free bra! (Cue dramatic music: da da da dum!).

Yes, that’s right. After decades of donning underwire bras to achieve perfect perky boobs, I’ve decided to take a more comfortable and relaxed stance when it comes to breast support (or lack thereof).

In my younger years – let’s say late teens to early 20’s – I was somewhat less endowed than I am today and so I did not require the additional support that comes from an underwire bra. In fact, as a Size A to Size B, I quite often went completely braless (shock, horror!) especially at home.

Still, I did like my breasts to look their best, especially when going out, and nothing seemed to do the job better than an underwire bra with its ability to lift and separate. I even went through a phase where I wore nothing but designated ‘push up’ bras – the ultimate cleavage enhancers. 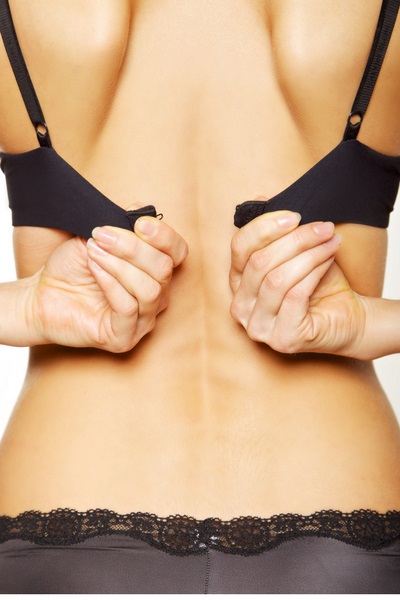 Over the years, my body changed of course, especially after the birth of my 2 children, but I continued to favour the bosom boosting qualities of underwire bras. Did they make me feel sexy? I suppose they did. Did my husband like them? Perhaps, although, let’s admit it, your husband or partner probably prefers you out of your bra! Was I comfortable in them? If I’m completely honest, most of the time, probably not.

Now before you tell me I was probably wearing the wrong size bra, let me tell you that some of the most uncomfortable and annoying bras I've ever worn were in fact those that I purchased with the assistance of an experienced and ‘expert’ fitter in stores dedicated to women's lingerie. How much money have you wasted on expensive, gorgeous-looking bras that ended up being horribly troublesome?

And even when an underwire bra does fit well, those vexing wires still have a tendency to dig into your skin when you’re, say, being down to pick something up. Apparently, that's not allowed when wearing underwire bras. In my job I’m often picking up boxes and the like and those wires never miss an opportunity to be a pain in the a... armpit. And what about those times when you’re just sitting down minding your own business and you suddenly become aware of a poking sensation in the centre of your chest, only to look down and realise that one of those pesky wires has broken through the fabric of your bra in its own desperate bid for freedom. Not a good look when you're sitting a table having dinner with friends in a crowded restaurant wearing a low cut top.

Well, my patience is up. I’m finally ditching the underwire bra, except for perhaps special occasions when I still want to put my best assets forward (again, my husband’s words, not mine).

I went on a big bra shopping spree the other day. I was under the impression that all wire free bras were a bit daggy looking, even ugly. How wrong I was! There are some seriously cute wireless bras out there, especially if you’re cups tend more towards the espresso or even tea cup variety. Alas, mine are more like mugs but I still found some lovely looking brassieres.

So now, each day when I get dressed in my new wireless bra, I no longer feel like my breasts are trapped by emaciated horse shoes. I feel – what’s the word? Free, that’s it. (Cue more music: allelulia!) The only thing that feels better is taking my bra off completely before I go to bed.